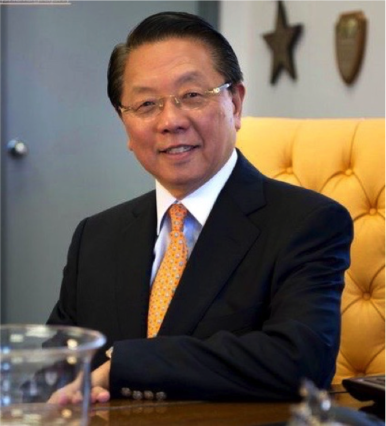 In medicine:
Leslie S.T. Fang received his PhD degree in Physiology and Biophysics from the University of Illinois, Champaign-Urbana. He did his medical training at Harvard Medical School and was elected to Alpha Omega Alpha as a junior. He did his residency training at the Massachusetts General Hospital where he served as Chief Medical Resident.

He is the John R. Gallagher III and Katherine A. Gallagher Endowed Chair in Clinical Excellence at the Massachusetts General Hospital.

He is the Chairman of the Leslie S.T. Fang Foundation and the GoFAR Foundation.

In dentistry:
With Dr. Robert Fazio and Dr. Stephen Sonis, he is the co-author of the major textbook Principle and Practice of Oral Medicine and the Oral Medicine Secrets and has been heavily involved in the clinical teaching of Oral Medicine. With Dr. Fazio, he is the co-author of an interactive DVD on Antibiotics in Dentistry in the EndoMagic Interactive Teaching Series, which was ranked by CRA among the best product for 2003. The Ultimate Cheat Sheets was voted the Best Product of 2008-2017 by Clinician Report and is now designated a Classic in Educational Product.

He has been the featured speaker at many of the major dental meetings. He has been integrally involved in the EndoMagic course and courses at the Las Vegas Institute of Advanced Dentistry. He is involved with courses in Oral Conscious Sedation, IV Sedation, Pediatric and Teem Sedation, Sedation Solutions and Master Series with DOCS. He was voted as one of the top clinicians in Continuing Education in Dentistry by Dentistry Today.

In education:
He is active in national and international medical and dental education. He teaches interactively using a case-based method and actively involves his audience in the lecture. He was in charge of the third and fourth year clerkship in Medicine at the Massachusetts General Hospital for over two decades. He was integrally involved in the medicine and nephrology training program and has been voted best clinical teacher in the Harvard system on seven separate occasions. He gives over 100 lectures annually on a large variety of clinical topics and has a strong following internationally.