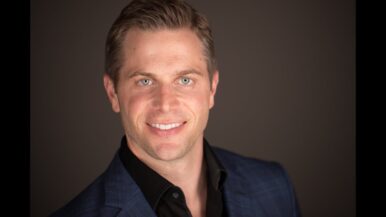 Originally from the Midwest, Dr. Ferris attended the University of Missouri, earning a dual Bachelor of Science degree in Finance and Real Estate. He earned his Doctor of Dental Surgery Degree at the University of Missouri- Kansas City School of Dentistry where he was in the top 5 in his class. Dr. Ferris graduated with his Master of Science in Orthodontics and Dentofacial Orthopedics from Loma Linda University. He earned top honors, served as Chief Resident, and held numerous leadership and research positions. He continues to learn and educate as director of the Santa Barbara Dental Study Group, which provides continuing education to the local dental community.

Dr. Ferris loves spending his free time out and about in the Santa Barbara community and the outdoors with his wife, Alexandria, and his son, Ford. They love spending time at the beach, running, and skiing and snowboarding. He was a collegiate golfer, so he also tries to get out on the course whenever he can!